Today I flew my drone several times on the way to Casper, Wyoming for a recruiting trip. One of my “sorties” was in the small town of Shoshoni, Wyoming. As I was driving through town, I saw that the old “downtown” area where they leveled the derelict buildings was mostly vacant, but the community appeared to have built a nice little basketball court with a fence around it—and their were some young males playing there. I didn’t get a good look, but if I had to guess, I’d say they were freshman or sophomores in high school.

I pulled over at the public restrooms located a little farther down the main drag and decided I would fly my drone over the railroad track until I reached the new basketball court and capture a couple images of the new recreation space.

The drone was about 60-70 feet high as it made its way toward the court—higher than any trees in town. I could see through the drone’s camera that the young men/boys must have heard the drone because they stopped suddenly and looked up as they started walking toward the other end of the court where the drone was. Although I wasn’t over the court, I must have been close enough that they heard the whirling props.

One of the youth took the basketball and threw it in the direction of the drone… not coming close at all. But then I could see that the other boys were squatting down on the side of the court and suddenly came running toward the drone with a throwing motion—no doubt, probably picked up some rocks and were heaving them in the drone’s direction.

Naturally, I flew away and found a couple other things to photograph before bringing it back to the rest stop and continuing my journey towards Casper.

But, that little incident stayed with me as I made my way down the road—considering the action from Shoshoni’s youths. I was reminded of the old movies about aliens visiting Earth and how humans are often portrayed as violent and militant in their first contact of those things that are a mystery to them.

I wondered, if I had walked down their with a camera around my neck, would they have thrown rocks at me too? Probably not, but something less familiar to them like a drone was immediately perceived as what… a threat, someone spying on them in their public basketball game? Maybe they just wanted to see it crash, but I found their vicious reaction a bit disheartening.

I thought of myself at the same age and wondered if I would have reacted the same way. I’d like to think I would have only stopped and observed—maybe even a little wave at the small aircraft suspended overhead.

Many people who are born and raised in Wyoming often display or express suspicion of those who aren’t the same. If I was given $100 for every time someone told me to “go back to Ohio, Arizona (or even California),” I’d be a rich man by now. Perhaps these youth in Shoshoni had simply illustrated that same, small-minded temperament. 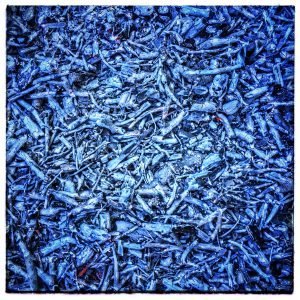