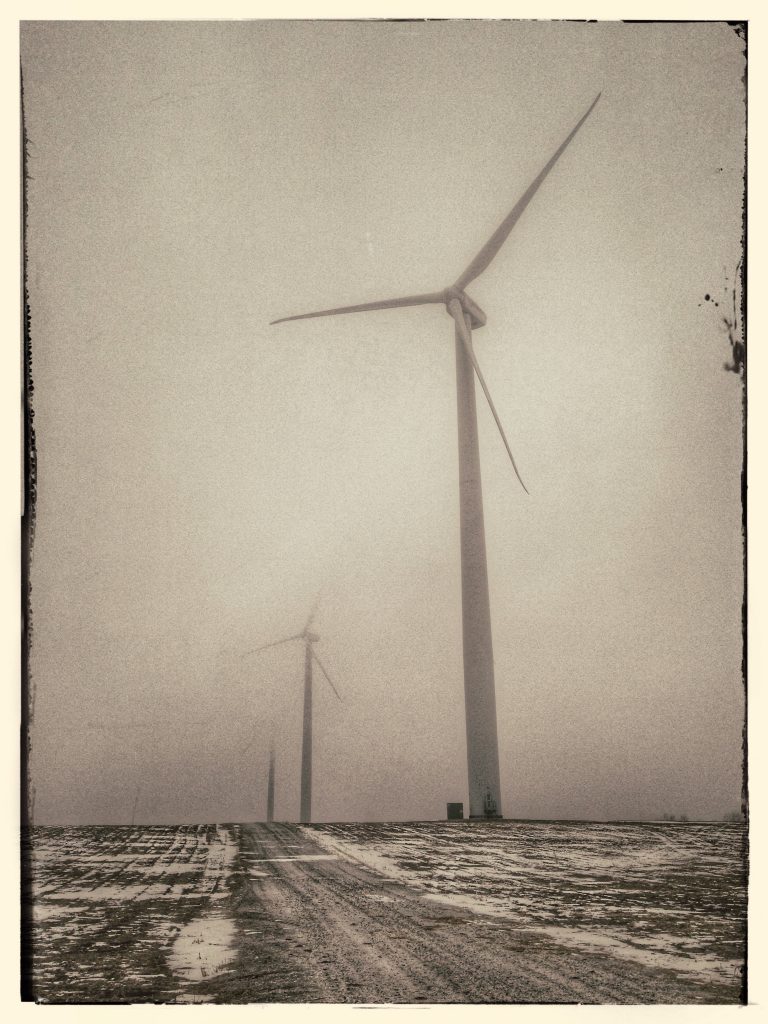 Because I’ve been pretty outspoken against fossil fuels over the years, a few people I know like to remind me of the wind turbine blade landfill near Casper, Wyoming—pointing out to me that after the blades have been used up due to wind erosion and whatever else wears them down, they have a dedicated place for disposal in this supersized landfill. Currently there is no recycling options for them other than covering them with dirt (see link below).

Just because the fossil fuel industry has no “dedicated” spaces for their trash, doesn’t mean there is none. I would even reason based on the wide variety of equipment you find in any oil or gas field that the amount of trash probably surpasses that which is generated by renewables—for the simple reason there are fewer moving parts when it comes to renewables, especially with solar. Further, whether the waste is renewable or not, I’ll bet my paycheck that the waste generated by renewables is far less toxic than the waste coming from fossil fuel operations.

Regardless, I’m not here to argue which industry generates more waste. The point is anything that is of this world generates waste—automobiles, appliances, construction, medical equipment, textiles, printing and publishing, shipbuilding, agriculture, hospitality, aviation, etc. Sooner or later, everything wears out, and waste is the result, period.

Then there is the aesthetic of it all. Granted, anything man-made in the wilderness is not great, because, well… it’s man made and doesn’t look natural. So, given the two offerings of a fossil fuel landscape or a renewable energy landscape, I’ll take the renewables every time. Not because they can’t be seen, but because the visual they offer includes simple lines and shapes along with various patterns, and a minimal amount of peripheral and chaotic related structures. (See photos).

Yes, a wind farm can be seen from far off, but it is anything but ugly. Keep in mind, power lines and their transmission towers are just as visible from far away whether they carry electricity from a coal-fired power plant or a wind farm, and are probably here for a long time to come.

Lastly, there is no odor associated with renewables—and certainly nothing that can make you dead before you hit the ground like hydrogen sulfide (H2S).

I’ve witnessed many travelers stopping and just simply gazing at a wind farm for its grandness, quietness and simplicity. But, I don’t recall (ever) hearing someone say, “Let’s go out to the gas fields and look at the structures,” or “Let’s go watch the pumpjacks!” Not to say there are some exceptions to this twisted idea.

Which would you rather view?

Wind Turbine Blade Disposal in Casper, Wyoming.
The Four Most Wasteful Industries
The Top Five Most Deadly Gasses in the Oil and Gas Industry