Call me a disgruntled worker—I’m OK with it. The unhappiness with my workplace hasn’t come about because I thought I was screwed over, or because I’m just plain old and nothing makes me happy any longer—neither is true, except that I am just plain old.

I’m disgruntled because I’ve finally grown tired of our institution’s determined march toward mediocrity. This includes a willingness to do nothing, or at least do nothing that has any imagination, nothing that is bold, nothing that is earth-shaking or nothing that even smacks of daring. And I’ll lay this banner of mediocrity and ineptitude almost entirely on our Board of Trustees and their milque-toast leadership.

Of course, what I’m specifically talking about is changing the name to Yellowstone College. As most folk know on campus (and beyond to some extent), I am the broken record that keeps on reminding people of the need for a name change whenever there is talk of how to promote the college and get it more exposure. I’ve sat through several meetings where such discussions come up, and everything under the sun is discussed at length except a name change.

Northwest College—a school in northwest Wyoming about 70 miles from the border of Yellowstone National Park (that’s the mandatory tagline that goes with our name so people know where the hell we are)—is a place where we love to tout how different we are from other junior colleges, yet when it comes down to planning (or lack of) we tend to defer to what everyone else is doing. We talk about being unique, but the only thing truly unique about Northwest College is its location—something we’ve never had any control over to begin with. If Northwest College were in Paducah, Iowa, it would be just another, average community college with some obscure, innocuous, generic, and sadly forgettable name. But, instead we are located at the doorstep of Yellowstone National Park with an obscure, innocuous, generic, and sadly forgettable name.

To my knowledge, the talk of a name change—from Northwest College to Yellowstone College—became serious in October of 2018 (four years ago) when former college president Stefani Hicswa sent me a brief email that simply and only said, “I heard a rumor you are promoting Yellowstone College. Tell me more…”

From that time on, the idea of a name change has been seriously kicked around, but mostly just kicked down the road for another time. Four years have passed and no decision has been made—to change the name or not change the name. As an old friend of mine once said, “They don’t know whether to shit or steal third.”

The name-change continues to be a no-brainer and yet the Board of Trustees continues to treat it like a complex problem—overthinking it and giving way to much consideration to the “old guard” who prefers mediocrity and the status quo of pounding a square peg into a round hole.

Over coffee a friend pointed out to me that placing all the blame on the Board of Trustees might not be warranted in saying, “A leader can not be successful without the support of a bold board, an open-minded community, a faculty willing to do things differently & students hungry to consume the product.” He went on to say that our failure to react is not unique to our local community either, that as a society we need to redefine today’s successes in saying, “We cannot re-create our past successes we need to create new ones based on the realities of today & tomorrow.”

Meanwhile the school’s enrollment is flat and remains way below its numbers from say, fifteen years ago. A couple resident halls remain closed and the faculty numbers and programs of study are significantly less. Further, the competition for prospective students in the future grows more intense.

After 31 years, I’m over it and it’s time to move on if I can. Again, call me a disgruntled worker. That said, NWC has paid me fairly and I have tried to rise up to my net worth. We are square, period. And when the time comes for me to go, no goodbye party, social, gathering, etc. is needed—nor wanted. I’ll leave as quietly as I arrived, insuring I don’t disturb this sleepy community of mediocrity. 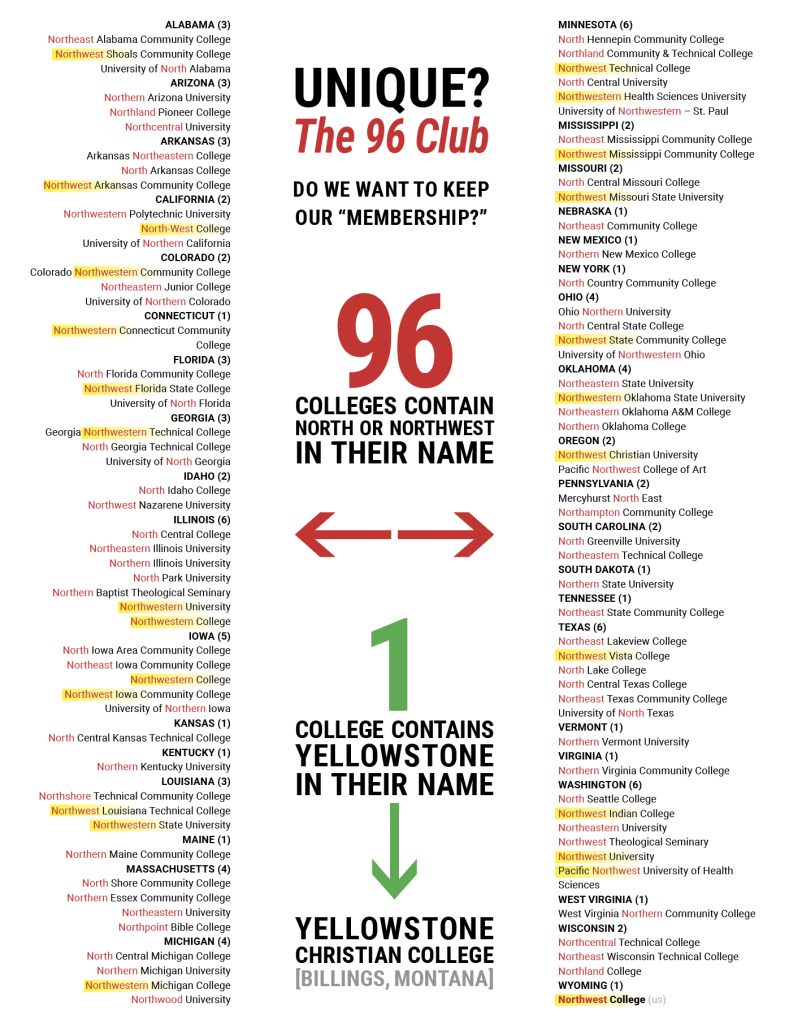