It was announced the other day during an all campus meeting that Northwest College (in Powell, Wyoming) will be spending a little over $80,000 for a new marketing campaign targeting Wyoming’s Big Horn Basin and the Western states that participate in the Western Undergraduate Exchange (WUE) program. In short, enrollment numbers are dwindling and something is needed to stop the bleeding.

Nausea started to creep in when I considered the “elephant in the room” and the fact that we were going to spend even more energy and money attempting to drive that square peg into the round hole that we’ve been doing for so many years.

The “square peg” that I speak of is our school’s name, “Northwest College.” The “elephant in the room” is the need to change our ambiguous, compass-dial-name to “Yellowstone College.”

Back in October, the college president sent me an email asking about my rogue hashtags on Instagram, “#yellowstonecollege.” There was no threat in her query, just wanted to know where I was coming from. So, I replied with the following:

It should be no surprise that I strongly believe in replacing “Northwest College” with “Yellowstone College”—if nothing else as a unique identifier in who we are and where we are. Short of creating a recruiting army, I think there is nothing more effective in recruiting than this simple name change—especially when it comes to attracting students from beyond Wyoming (where we have no recruiting).

Northwest College was probably a good name back in the day when we were mostly charged with delivering higher education to the students of Wyoming, but as you know in these current times, we have to look far beyond our borders to maintain any kind of decent enrollment numbers. With that in mind, “Northwest” is certainly suspect in representing our actual place to someone who doesn’t live in Wyoming. Even in our own state, I’m surprised at how many people refer to us as “the college in Powell.” That’s hardly an argument for saying we have a strong institutional name.

In my mind, the name “Yellowstone College” is riper than it has ever been. And there’s no other institution that would serve that name better than this one here in Powell—only 70-plus miles from the gate of YNP.

I sincerely applaud the new marketing plan and those who have come up with it. It’s going to be good. I just find it somewhat self-defeating that we’re going to execute it for such a vague and generic name—knowing how much better the results could be if a college name change were included.

Listening to the details of the marketing plan, all I could think of was, “This is what they mean when someone mentions that old adage, ‘Work smarter, not harder.’” Promoting “Northwest College” will be the antithesis of that adage as I see it.

Sometimes the solution to a perceived difficult and complex problem turns out to be a simple solution. People living near the jungles of India managed to eradicate fatal tiger attacks by simply wearing a mask on the back of their heads when in the jungle areas—a simple solution proposed by a student science club member who noted that all such attacks came from behind the victims.

Following the presentation, questions and comments were invited. I sat there and gave my best rationale for not saying anything, but I couldn’t stifle it. So, I said it, “Yellowstone College.”

As I added my rationale, I saw people like our Public Relations Vice President laughing—laughing at me, laughing at my idea, I don’t know. But he was having a good laugh. Along with the laughing from some of my colleagues I considered this: For years I’ve been part of a small political minority—surrounded by die-hard Republicans and conservative thought, and yes, far outnumbered by those who voted Donald Trump as the President of the United States. So, this felt no different. I was happy I brought it up, even if it was only regarded as a moment of levity for many in the room. But, I’ll sleep better at night knowing I did speak up in front of the small gathering that was meant to be attended by the entire campus.

No doubt, the square peg rammed into the round hole will still likely result in some kind of improved enrollment numbers, but it’s a lot of money for what will likely be mediocre results. Hopefully I’m wrong. But, in my mind nothing would work harder for us (with little money and for years on end) like “Yellowstone College,” especially when it comes to attracting the larger and more remote student market.

One colleague offered up a theory on all of this—a colleague who has taught here almost as many years as myself. It goes something like this: Northwest College is the opposite of “too big to fail,” but rather too small to succeed—set in a community and managed by those who really don’t want it to be too appealing or successful. A too-attractive college brings in better students, better educators, and even better administrators. And, the community of Powell (and Wyoming) really doesn’t want any of that at all. We may never know, but I find the theory credible until some other rationale is brought forward. I have yet to hear of any rationale that provides a solid defense for keeping “Northwest.”

Further, we still don’t have a student newspaper because when we had one, it was too _________ (fill in the blank). So “Yellowstone College” is another one of those campus conversations/stories that will never see the light of day—lost in the abyss of “no student publication.”

Nevertheless, all I can do is go along with the status quo at this point and attempt to make lemonade from the lemons of the institution’s insipid name. That said, along with a few select others, we’ve been batting around new slogans to go along with the new marketing roll-out… something that is more unique, more genuine than our current “Your future, our focus.” And perhaps, we’ll have a few laughs of our own along the way.

Northwest College: Go ahead, try to find us.

Northwest College: We’re not where you think we are.

Northwest College: We do vague.

Northwest College: The opposite of southeast.

Northwest College: Not too far northwest.

Northwest College:Think of us as Yellowstone College, but we’re not. 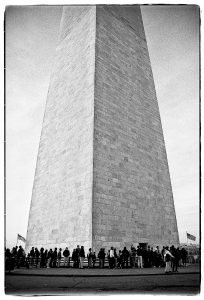